One year of FIT4UrbanMission: ambitious, courageous and successful

For twelve months, nine Austrian cities were accompanied on their way to climate neutrality. The Salzburg Institute for Spatial Planning (SIR) and AustriaTech supported them on behalf of the Federal Ministry for Climate Protection (BMK). 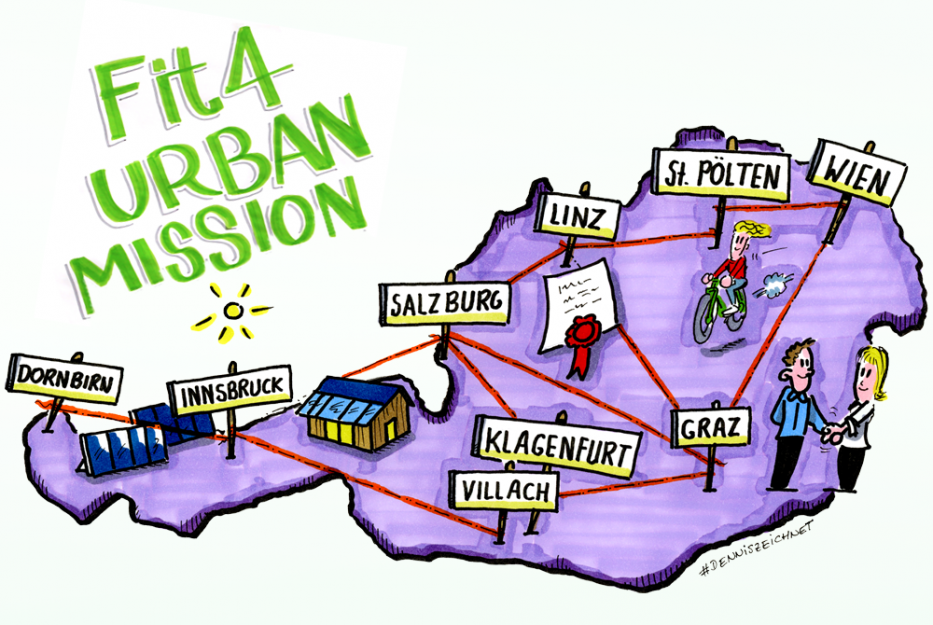 When the European Commission called for applications for the EU mission "100 Climate-neutral Cities by 2030", it was clear to Austria that such a task would require appropriate preparation, support and a strong common will. The Federal Ministry for Climate Protection then invited Austrian cities to participate in the national initiative "FIT4UrbanMission" in order to both prepare for the submission to the EU mission and to take the first steps towards climate-neutral cities together. The cities of Vienna, Linz, Salzburg, Klagenfurt, Villach, Graz, St. Pölten, Innsbruck and Dornbirn answered the call. SIR and AustriaTech accompanied these Cities.

In order to overcome different challenges and requirements as effectively as possible, the focus of the FIT4UrbanMission support process lay on joint learning. In an intensive year of work, the cities developed strategies, structural and capacity concepts that support them in becoming climate neutral. "The road ahead is still long and rocky, but also tremendously exciting and significant. We would like to thank all the city teams for their willingness to walk this road together with us," emphasises Helmut Strasser, Managing Director of SIR.

While the cities worked ambitiously on their strategies, processes and structures, the accompanying team organised the transfer of knowledge and exchange and helped to design the next funding phase together with the BMK. In addition to a joint launch and closing event, it was the city consultations by the support team in which the goals and requirements of each individual city could be addressed. In three so-called ClimateCulture Talks, individual aspects were specifically placed at the centre of discussions and supplemented by best-practice examples and expert presentations. 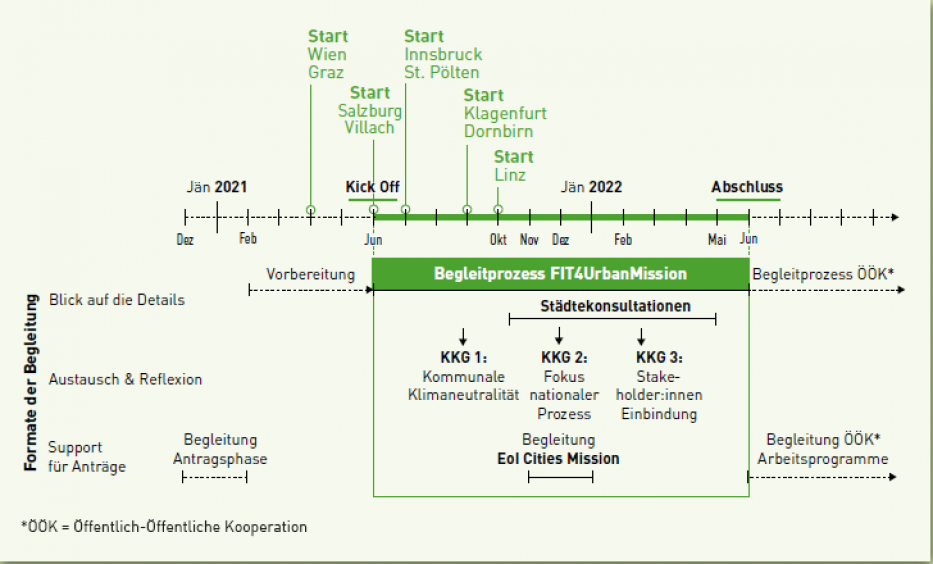 An important step for some cities was also the application for the EU mission "100 Climate-neutral Cities by 2030". For Klagenfurt, the submission was successful and this Austrian city joins 100 other European cities on a common path to climate neutrality. The journey does not end here for the other Austrian cities either, as national monitoring will continue. "As a team of the monitoring process, we now understand much more precisely what information is needed. We have also already started to pour this into tools and methods to bring the knowledge with impact to the local level," underlines Martin Russ, Managing Director AustriaTech.

The cooperation will be further deepened through the ministry's focus on "climate-neutral cities". For this, it is necessary to pick up and involve other actors, citizens and companies at an early stage. It is also necessary to look beyond the borders, especially to the recently launched EU Cities Mission.