Home » News » Summary of seven years of ITS Austria

Summary of seven years of ITS Austria

In the setting of the ITS Austria Conference on 1 October 2019 in Vienna a change in the chairmanship was announced. Josef Fiala, who played a significant role as chairman and later as deputy chairman of the executive committee of ITS Austria since 2012, handed over his function to Bernd Datler.

Josef Fiala received a tribute in the context of the conference of section leader Gerhard Gürtlich on behalf of Federal Minister Andreas Reichhardt for his commitment to ITS Austria. After seven years, during which ITS Austria has developed into a platform that is recognized both nationally and internationally, he hands over his post to Bernd Datler, who will be the co-chair of Chair Christian Sagmeister with immediate effect. 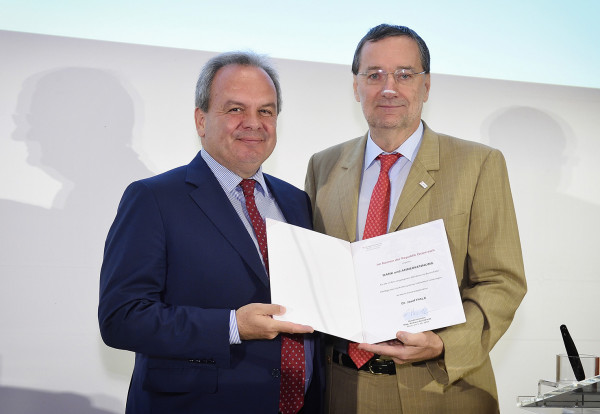 from left to right: Fiala and Gürtlich

Dr. Fiala, what was your motivation to become actively involved in ITS Austria in 2012?

Ten years ago, I was already working intensively on Intelligent Transport Systems: due to my work at Asfinag, but also as Chairman of the ATTC. It was therefore important to me in 2011 to actively participate in the preparation of the first IVS Action Plan for Austria. When I was elected Chair of ITS Austria in 2012, it was clear to me that this reorganization, which ITS Austria had undergone before, is decisive in order to ensure the exchange of national partners and to position ourselves well internationally. I think we have done something good here. I mean the close exchange and regular coordination of the ITS Austria Steering Committee with transport policy. As a direct advisory body of the Federal Minister, infrastructure managers from federal states, the federal government and cities can regularly exchange ideas and discuss topics together.

What was your most beautiful / successful / memorable experience at ITS Austria?

The great implementation of the ITS World Congress in Vienna 2012.

Do you want to give the new Co-Chair of ITS Austria something to help you with this task?

Keep it up and good advice in the IVS Advisory Council for the Federal Minister.

Will you continue to receive ITS Austria?

Of course, as a member of ASFINAG's board, the support of ITS Austria is a big concern.

Thank you for the interview. 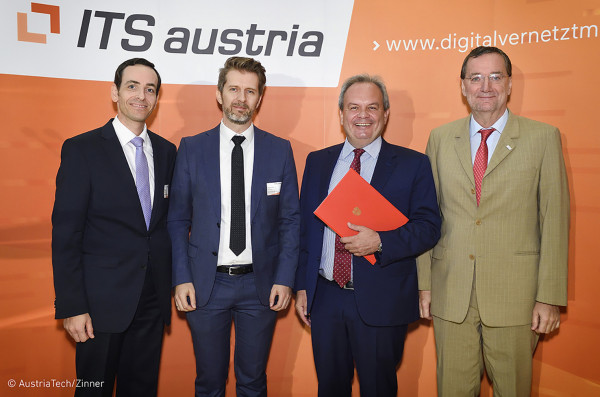 Josef Fiala studied law and economics at the University of Vienna. After completing his studies, Josef Fiala took on various management functions in Generali Versicherung from 1990 onwards. From March 2008 to the end of 2010 Josef Fiala was Managing Director of ASFINAG Maut Service GmbH and from July 2010 to April 2019 he was appointed Commercial Director of ASFINAG Service GmbH. In this capacity, he was among others responsible for an efficient and future-oriented traffic management on the highways and expressways. As of April 2019, Josef Fiala was appointed CFO of ASFINAG and will be primarily responsible for all aspects of finance and accounting as well as tolling. Since March 2011 he was CEO of the ATTC (Austrian Traffic Telematics Cluster), and in April 2019 Josef Fiala was appointed President of the ATTC. In addition, Josef Fiala has been Chairman since March 2012 and Chairman of the ITS Austria Platform from 2017 to 2019.